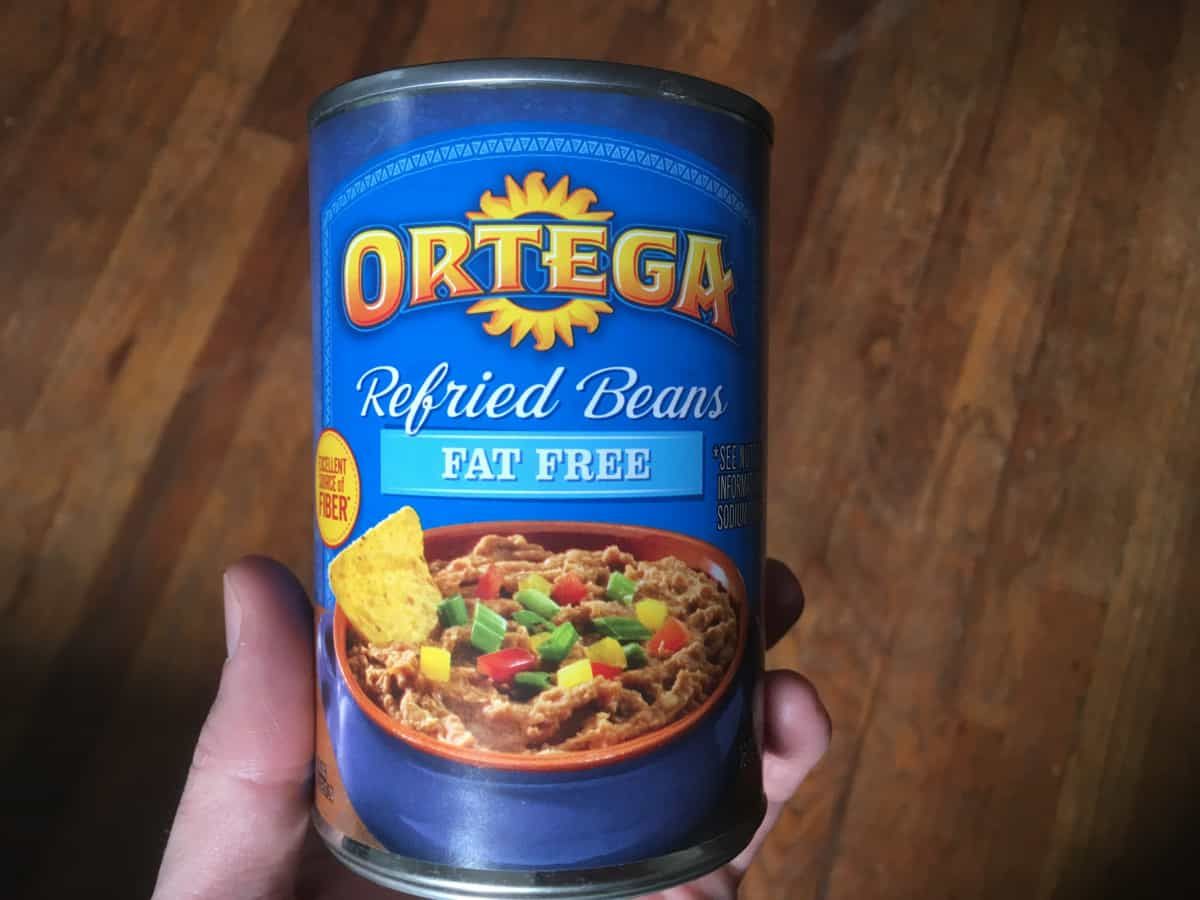 Beans are the cornerstone of many vegetarian and vegan diets. They’re cheap, they’re nutritious, and they’re very versatile. But which bean products in the store are actually fully vegan?

Below I’ll be covering what to look for when choosing vegan baked beans, vegan refried beans, and vegan bean dips. I’ll also cover whether Chipotle’s beans are vegan and whether Heinz’s popular beans are vegan!

For most vegans, beans play a crucial role in the diet. Don’t get me wrong, vegans don’t necessarily have to eat beans to be healthy… but they do fill an important role.

Beans are high in protein, fiber, antioxidants, and other nutrients.

Sure, there are other vegan protein options, such as tofu, tempeh, seitan, quinoa, and peanut butter. But with beans, you get a whole food that comes with an awesome amount of fiber and other nutrients.

In fact, the amount of fiber in beans is so substantial, they’re widely known to cause gas for people who aren’t adjusted to it. (As a side note, I have a full article with 17 tips to stop your vegan farting problems!)

If you eat a full can of beans, you’re already most of the way to getting your full recommended daily intake of fiber. In one can! That fiber is key for cleaning out your body and keeping things running smoothly.

The specific kind of protein found in beans is also great for vegans because it’s high in lysine (an amino acid). Vegans who don’t eat beans can sometimes become a little deficient in lysine. So it’s generally a good idea to get some beans as part of your protein intake!

But not all beans are prepared and sold in a way that is vegan. Let’s dive into some of the details when it comes to common bean products.

The bean part of baked beans is vegan. But baked beans can be mixed with animal stock or broth to add flavor. Whether they are suitable for vegans varies by the product. Bush’s Vegetarian Baked Beans, for example, is totally vegan.

You may have to scan the ingredients before you decide if the baked beans in question are vegan.

Let’s come back to Bush’s Vegetarian Baked Beans. Offering a full, tangy flavor minus the meat, they are cooked in a sauce seasoned with brown sugar and a special blend of spices. These beans are loaded with 7g protein and 5g fiber with countless health benefits. They are also gluten-free, cholesterol-free, and even fat-free.

If you fancy trying out a slow-cooker vegan baked-beans recipe, read through this article here. As a cornerstone of a traditional New England diet and its early colonial spirit, it can be homemade with a simple combination of the three well-known “sisters”—corn, squash, and beans.

Refried beans are usually vegan if the label says “fat-free.” The reason you want fat-free ones is that normal refried beans often contain lard. Some may also include milk products or other animal ingredients like gelatin—but lard is the most common problem.

So, it’s a good idea to spend some extra time while grocery shopping to check the ingredients before you throw any refried beans into your shopping cart.

Some refried beans that include fat are also vegan, though. Rosarita refried beans, for example, use canola oil instead of lard. So they are totally suitable for vegans.

So, this is why I always suggest learning how to read ingredients labels for yourself. It will pay off because you won’t have to take someone else’s word about which things are vegan. You can just quickly scan the ingredients to see for yourself.

Here is my full article about how to check if any food is vegan. My method is quick. I rarely spend more than a few seconds looking at each food to determine if it’s vegan.

But yes, the common rule for refried beans is this: Get the fat free ones, and they will usually be vegan.

Which Bean Dips Are Vegan?

Some bean dips are vegan and some are not. The vegan ones are classic appetizers and can provide a great source of low-fat protein.

If you make a bean dip at home, then you can choose all the ingredients you put in, so there are tons of vegan bean dip possibilities when preparing your own.

I’ve made my own hummus, and it turned out amazing—a lot fresher than the store-bought stuff. If you’d like to prepare your dips from scratch, here is an article that compiles some great recipes and tips.

Or if you’d rather choose a bean dip from the store, PETA actually has a great list of store-bought dips that are vegan. (Number 1 on the list is Fritos Bean Dip!)

Are the Beans at Chipotle Vegan?

The beans at Chipotle are definitely vegan, as are their tortillas, vegetables, rice, salsas, chips, and guacamole. Personally, I think Chipotle is one of the best chain restaurants for vegans. I love going there.

The beans at Chipotle are just simmered with onions, adobo, garlic, and a blend of spices, completely free of bacon. (Sometimes pinto beans are cooked in lard, but fortunately, that is not the case at Chipotle.)

At Chipotle, vegan options and ingredients include:

As veganism has gone more mainstream in recent years, there are plentiful vegan options at many restaurants, and that definitely includes Chipotle.

In early 2018, Heinz declared its No Added Sugar Beans were unsuitable for vegans:

This announcement seemed to be referring to honey extract being used to flavor the Heinz No Sugar Added beans.

However, in September 2019, the company announced that the No Added Sugar Beans have a new, vegan-friendly recipe. So now you can enjoy all these Heinz beans and not be supporting animal agriculture.

I would still just look out for obvious animal products in some varieties of Heinz beans, like ones that include pork, sausage, or ham. It still pays to read the ingredients list on flavors you haven’t had before, to make sure.

In Conclusion: Eat Your Beans!

There are tons of options when it comes to vegan bean dishes. Rice and beans can be prepared in thousands of different ways. Put it in a taco or a burrito and you’ve got more options yet.

But it’s good to know that simple options like Heinz canned beans or the Chipotle down the street are also available for simple beans that are vegan-friendly.

So my closing message is this: Eat beans. They’ll make you superhuman, basically. And they’re just one of those signature vegan staple foods, too… Ya just gotta eat your beans!