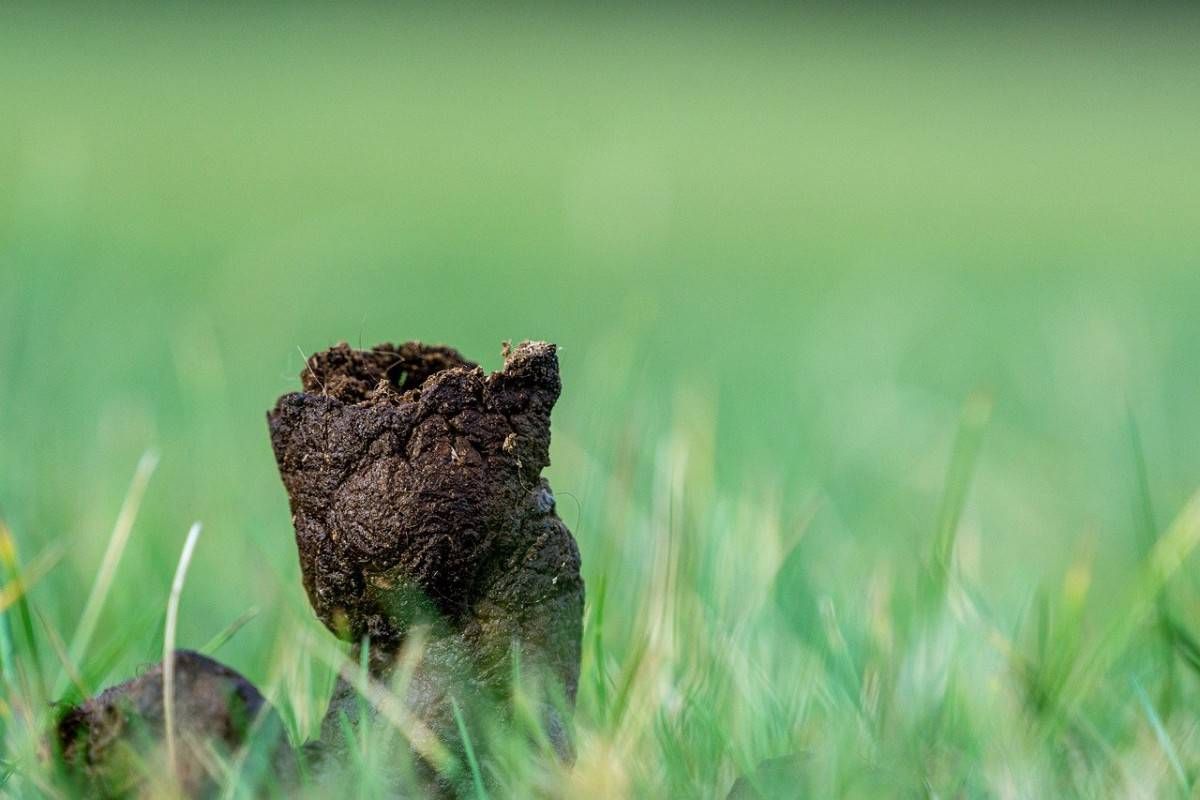 Going vegan can come with surprises. Have you been noticing any changes in your bowel movements? If so, this is normal. As a vegan with 14 years of experience helping others transition to this lifestyle, I can guide you through these changes. Today let’s talk about poop color.

Vegans do not consistently have a specific color of poop. If you eat a lot of leafy greens, you may have green or orange poop for the next few days. Brown and light brown poop are also considered normal. Some vegan foods can cause red, yellow, white, or black stool, but this is less common.

Below, I’ll explain how a vegan diet affects the appearance of your poop. I’ll also address each specific color of poop: Which foods could cause that color, and are there any health concerns with it?

Healthy vegan poop can look many different ways. The texture and color will vary based on the specific foods you ate, as well as your gut microbiome and other factors.

As I wrote about in my post about vegan diarrhea, many people do experience softer stools when first going vegan. This is usually due to the higher amount of fiber found in plant-based foods.

So you may see a more flaky or soft consistency in your poop after going vegan. But this is not always the case.

Now what about poop color? Again, it can vary. Brown and green shades are the most common—but it is possible to experience other colors depending on the foods you ate.

A vegan diet does not consistently result in any specific poop color. That said, like any other big switch in your diet, it can change the color of your stool. This is because there are many foods that can affect the color of poop.

So if a vegan diet leads you to eat lots of greens, you may see a change to green poop or orange poop. But if you eat some beets, you could have red poop.

Most changes in poop color after going vegan will fall in the normal range. However, check the notes below about the color you’re seeing. I’ve listed potential health concerns if it’s not just one or two bowel movements you have in that color.

Green poop is usually perfectly normal. Especially if you’ve been adding lots of green vegetables like spinach or kale to your diet, this is to be expected. You can also get green poop from food colorings. (source)

Personally, I’ve noticed if I have a big green smoothie, I will usually have green poop afterward. It’s nothing to worry about.

Another possible cause of green poop as a vegan: If you’ve been dealing with any vegan diarrhea, this can also cause green poop. Why?

When you have diarrhea, your poop is moving more quickly through your digestive tract. This means the bile (which your body uses to break down fat in your food) doesn’t have as long to turn brown. (source)

All shades of brown poop can be normal, including light brown. I’ve actually noticed light brown (tan) stool from my dog when we feed her garbanzo beans.

Again, the brown color in poop comes from bile—or, well, bile combined with bilirubin (source). But the exact shade can differ based on the foods you’re eating. Light brown is not typically a cause for concern.

Orange poop is usually caused by eating certain foods and not a cause for concern. Orange or red foods containing beta-carotene are often to blame. Think carrots, sweet potatoes, apricots, and winter squash. (source)

Surprisingly, some green vegetables can also cause orange poop. These can include collard greens, turnip greens, cilantro, and fresh thyme. Artificial colors can also do the trick. (source)

I’ve had some orange poops in my time as a vegan, and it’s typically nothing to worry about. That said, if you experience other digestive symptoms or problems arising with it—or if it persists despite changes to your diet—you may want to consult your physician anyway.

Reddish poop can be caused by various foods—the most famous example is beets. Beets will often cause vibrant pink or red poop. It can be alarming if you forgot you ate beets! Other foods that can cause red poop: Tomato sauce or soup, red food coloring, or red drinks. (source)

If you can’t think of any foods that might be turning your poop red, then it could be due to bleeding in your lower intestines—stuff like hemorrhoids, diverticular disease, colon polyps, or other issues. Definitely worth talking to a physician about if you don’t think it was caused by food.

Yellow poop can be normal—but there are a few things to look out for. Take note if your yellow poop also looks greasy. If so, it may contain a lot of undigested fat. Your body may be struggling to digest fats properly. (source)

This fatty yellow poop could be a sign that something is going wrong with your pancreas, so you may want to get that checked out. (source)

Yellow poop could also be a sign of celiac disease or an infection with a parasite called giardia—particularly if it is extra smelly along with being oily, greasy, and yellow. (source)

But again, if the consistency looks normal and you wouldn’t describe it as oily or extra smelly, then yellow poop can be totally normal. (And it’s especially considered normal for breastfeeding babies.) (source)

Pale, white, or clay-colored poop can potentially be a sign of serious liver problems. The white stool is often caused by a lack of bile—remember from above that bile is what turns your poop brown.

So there could be an issue such as a tumor or gallstone that is blocking the liver from releasing bile to digest your food properly. Other possible issues include liver issues like hepatitis. (source)

It’s possible to have pale stool from a specific food you ate, like certain fatty foods or food colorings. But you should consult your physician if you’re having consistent white stools. (source)

There are some foods that can cause black poop. These include black licorice, blueberries, and iron supplements. However, black poop can also be a cause for concern, particularly if it has a “tar-like” texture to it. (source)

Tar-like black stool can be a sign of bleeding in the upper GI tract, like in your esophagus or stomach. This could be due to acid reflux, stomach ulcers, cancer, or other issues.

If you can’t think of any food you ate that could cause black stool, talk to a physician and get it figured out.

Many people will see a switch to green or orange poop if they’re eating more vegetables. This is often a good thing, as it shows you’re getting more healthy colorful antioxidants in your diet!

However, if you notice a long-term color change that isn’t explained by any of the foods you’ve been eating, you may want to talk to your physician to make sure it’s not an issue with your pancreas, liver, or other digestive organs.