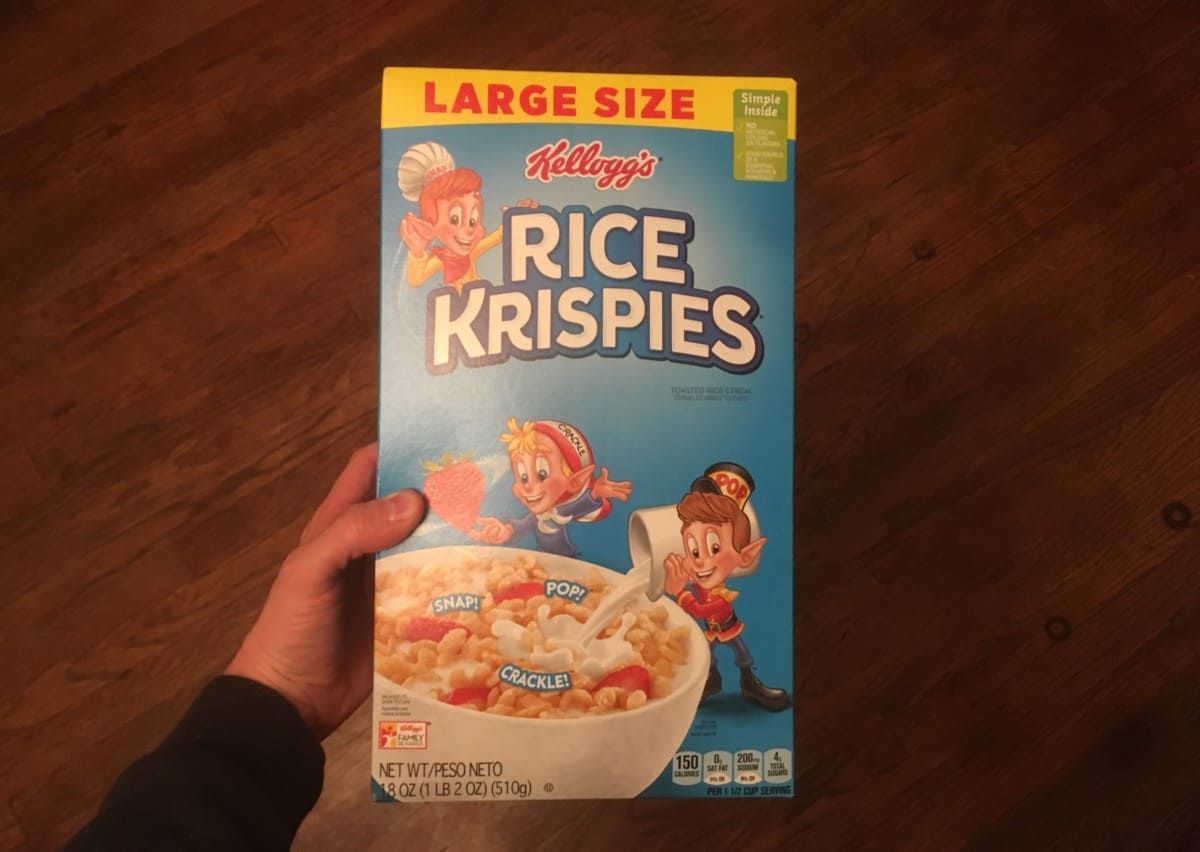 You may have experienced this yourself: You’re checking whether a certain cereal is vegan. It looks good until you get to the end of the ingredient list and you see: “Vitamin D.” No other details…. What’s a vegan to think?

Is the vitamin D in cereal vegan? The vitamin D added to cereal is usually not vegan. It is usually vitamin D3 (cholecalciferol), which is typically made from lanolin (sheep’s wool). However, since it’s a minor ingredient added in small amounts, many vegans are okay with eating it anyway.

Although I respect vegans on both sides of this issue, in this post I’m going to try to convince you that you shouldn’t worry about the vitamin D in cereal. I’ll lay out the case for why it’s better for vegans to just chill about it.

The Source of Vitamin D in Cereal

Often, when you see vitamin D listed in the ingredients for some cereal, you will see “vitamin D3” or “cholecalciferol.” While it is possible for this ingredient to be made vegan (from sea algae), it is usually made from lanolin (a product of sheep’s wool).

So, most people would say this vitamin D3 from lanolin is not vegan, and therefore the cereal containing it is not vegan.

In a strict sense, that is true. However, there are arguments based on practicality that suggest vegans should not be worried about such small amounts of an animal derivative in foods. Therefore, it’s debated whether these cereals should actually be considered “non-vegan” just due to that one ingredient.

Personally, I don’t worry about the vitamin D in cereal. And I don’t think other vegans should, either. Even though it’s usually derived from animals. I respect anyone who disagrees, but please, hear me out on this.

Being vegan is typically done in the service of something greater. If you’re an ethical vegan like me, you likely want to help animals, and that’s the real point. If you’re a health-focused vegan, what you truly want is your own health—not just “being vegan.”

So let’s think about whether boycotting cereals with added vitamin D actually serves either of those underlying vegan goals, helping animals or being healthier.

Does It Help Animals to Boycott Minor Ingredients?

Ethical veganism is based at least partly on the fact that our choice to go vegan can reduce the number of animals that suffer and die on factory farms. If enough of us go vegan, demand will go down, and industry will adjust.

That logic seems to work pretty well when we’re talking about milk, meat, and eggs. Those products are consumed in high amounts by most Americans, they’re completely animal-derived, and if fewer units sell, at some point farmers will get the hint and stop producing as much.

But the impact of boycotting traces of animal by-products is less clear. For example, in a box of cereal with added vitamin D3 from sheep, the amount of animal-based food is so small. It’s barely anything.

And if sales of that vitamin-D-fortified cereal decline due to vegans, the message sent to the food companies is not necessarily clear. Will the companies realize that cereal sales are declining due to vegans? Will they even think to remove the D3 or switch to a vegan source?

This is why I often recommend, if you’re going to boycott minor animal by-products, you should also send the company an email or give them a phone call to say so.

Contacting companies in this way does not require being rude. You can potentially even frame it as a question: “Does your cereal contain vitamin D3 derived from animals? Or is it from a plant-based source like algae? As a vegan, this matters to me. Thank you.”

Typically, health-focused vegans are not the ones boycotting every single trace of animal by-products in food. Many of them nowadays refer to themselves as “plant-based” instead, and they make no promise of being 100% vegan.

But just to point out the obvious: If you’re vegan for health reasons, boycotting a minor animal byproduct like vitamin D3 doesn’t make sense. Firstly, it’s only present in small amounts. And secondly, the fact that it came from an animal doesn’t automatically make it less healthy.

When looking broadly at food groups, yes, going vegan tends to help with your health. Removing meat and dairy will especially make it easier for many people to lose weight, clear up their skin, and address other problems.

But the only way that boycotting minor animal byproducts will help your health is that it may force you to avoid more processed foods.

(As an aside, coincidentally, most cereals are not that healthy. They have a generally very high glycemic index, which causes blood-sugar spikes and therefore can cause hormonal effects like acne. So yes, it actually is healthier to avoid most cereals. However, the unhealthiness of the cereal is not due to the vitamin D being sourced from animals!)

The point is this: When you’re looking at such minor ingredients, “animal-derived” does not equal “unhealthy.” So no, it doesn’t make sense for a “health vegan” to really care about whether their vitamin D is plant- or animal-based.

Side Note: If you struggle with acne, you really need to read my big post on how to clear acne as a vegan. It took me years of studying and experimenting on myself to learn what I share in that post. I truly believe it’s the best resource on the Internet about acne for vegans.

Here I’m not only asking whether it’s pointless to obsess over minor ingredients, but whether it actually hurts the vegan movement as a whole.

For the record, I do personally respect anyone’s right to obsess over ingredients. As a picky eater myself, I know sometimes you just don’t want a specific food going into your body. And sure, you can be as picky as you want to be.

That said, there’s reason to believe that it may not be helping the cause of veganism to do so!

Here’s why: It makes veganism a lot harder.

Even the simplest version of veganism may be quite hard for the average person. Especially if they’re in a social circle without other vegans. And now you’re saying they can’t even have most cereals because of a tiny, tiny amount of non-vegan vitamin D.

This was a perspective explained in an old article written by Dr. Michael Greger in Satya magazine. He was specifically writing about honey, but the same perspective could be applied to vitamin D in cereal:

Slowly but surely the horror dawns on them. You start to see them struggling internally. How can they pet their dog with one hand and stab a piece of pig with the other? They love animals, but they eat animals. Then, just when their conscience seems to be winning out, they learn that we don’t eat honey. And you can see the conflict drain away with an almost visible sigh. They finally think they understand what this whole “vegan” thing is all about. You’re not vegan because you’re trying to be kind or compassionate—you’re just crazy! They smile. They point. You almost had me going for a second, they chuckle. Whew, that was a close one. They almost had to seriously think about the issues. They may have just been considering boycotting eggs, arguably the most concentrated form of animal cruelty, and then the thought hits them that you’re standing up for insect rights. Maybe they imagine us putting out little thimble-sized bowls of food for the cockroaches every night.”

In the end, whether you avoid cereal brands with fortified vitamin D3 is up to you. In most cases, the added vitamin D is probably taken from sheep, so it’s not strictly vegan.

You can email each cereal company to ask them specifically, if you like. Hopefully, this will help them take note that vegan consumers are an increasingly large group they should cater to.

However, I personally would advise not worrying too much about vitamin D in cereal. As a vegan of over 14 years, I’m fine with eating it, and I don’t feel worried about any real negative impact stemming from the decision.