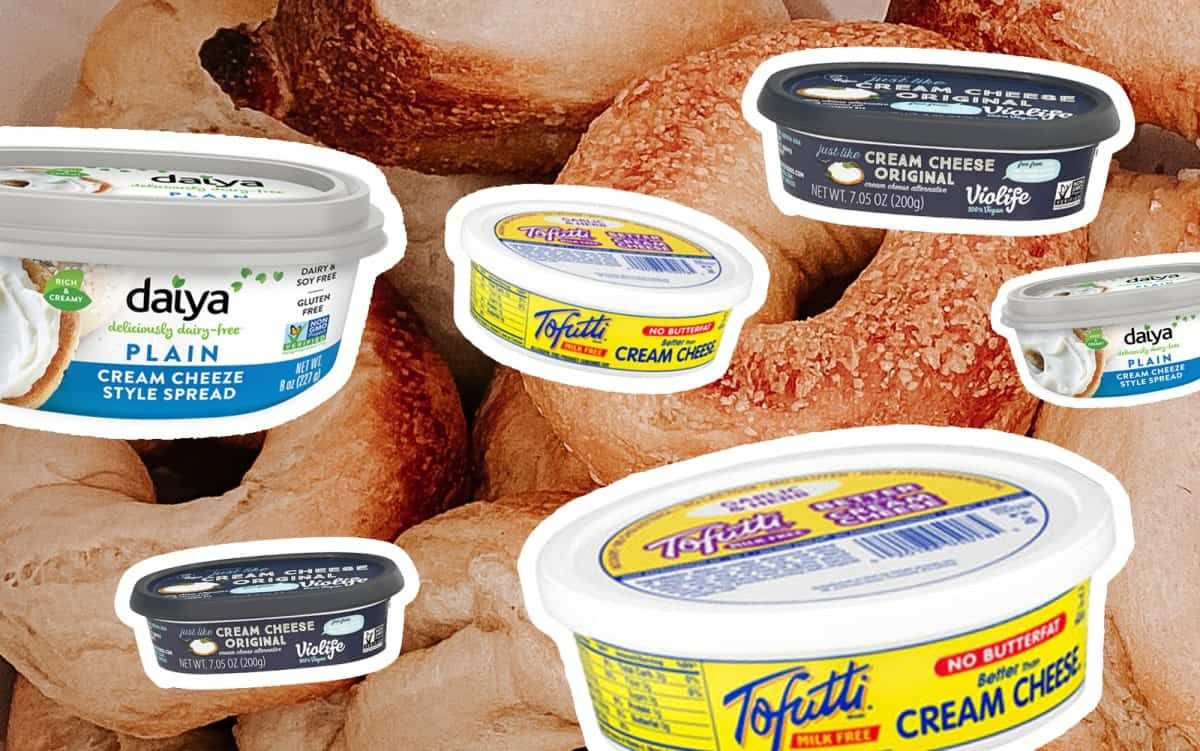 Vegan cream cheese is growing rapidly in popularity. As more brands arrive in grocery stores, Einstein Bros Bagels has also added a “Vegan Cream-Cheese Schmear” at many of their locations. But is vegan cream cheese actually a healthy option?

What Is Vegan Cream Cheese Made Of?

Let’s start by looking at the ingredients of 3 leading brands of vegan cream cheese. Are they made from highly processed ingredients, or relatively healthy? I’ll share my observations below, but first, I’ll just list the ingredients.

And our third example is a classic, Tofutti vegan cream cheese:

Here’s what I’m noticing from these ingredients:

So, vegan cream cheese doesn’t look too healthy based on the ingredients. It’s definitely processed food. But let’s look at the nutrition facts to see how much saturated fat, calories, and other nutrients it actually has.

Below, we can see the nutrition facts for those same 3 leading brands of vegan cream creese. And I’ll share my observations below the table:

So, vegan cream cheese isn’t looking like a health food. But we still have an incomplete picture. The real comparison is to put it side-by-side with real dairy cream cheese. So let’s do that next.

We’ve established that vegan cream cheese isn’t the healthiest food… But is it still an improvement over dairy cream cheese? Or not really?

Here are my takeaways from the comparison:

Notably, vegan and dairy cream cheese are equal in saturated fat and dietary fiber. Both are sub-par, that is. So, what does this all add up to?

Overall, vegan cream cheese appears to be marginally healthier than regular cream cheese. This is mainly due to having fewer calories and being cholesterol-free. However, neither kind of cream cheese is very healthy.

It’s possible that some other healthy brands of vegan cream cheese or regular cream cheese would be substantially healthier. But of the 5 leading brands analyzed for this post, none of them are particularly good for you.

If you want to replace cream cheese with something actually healthy, what are your options? Here are some quick ideas: