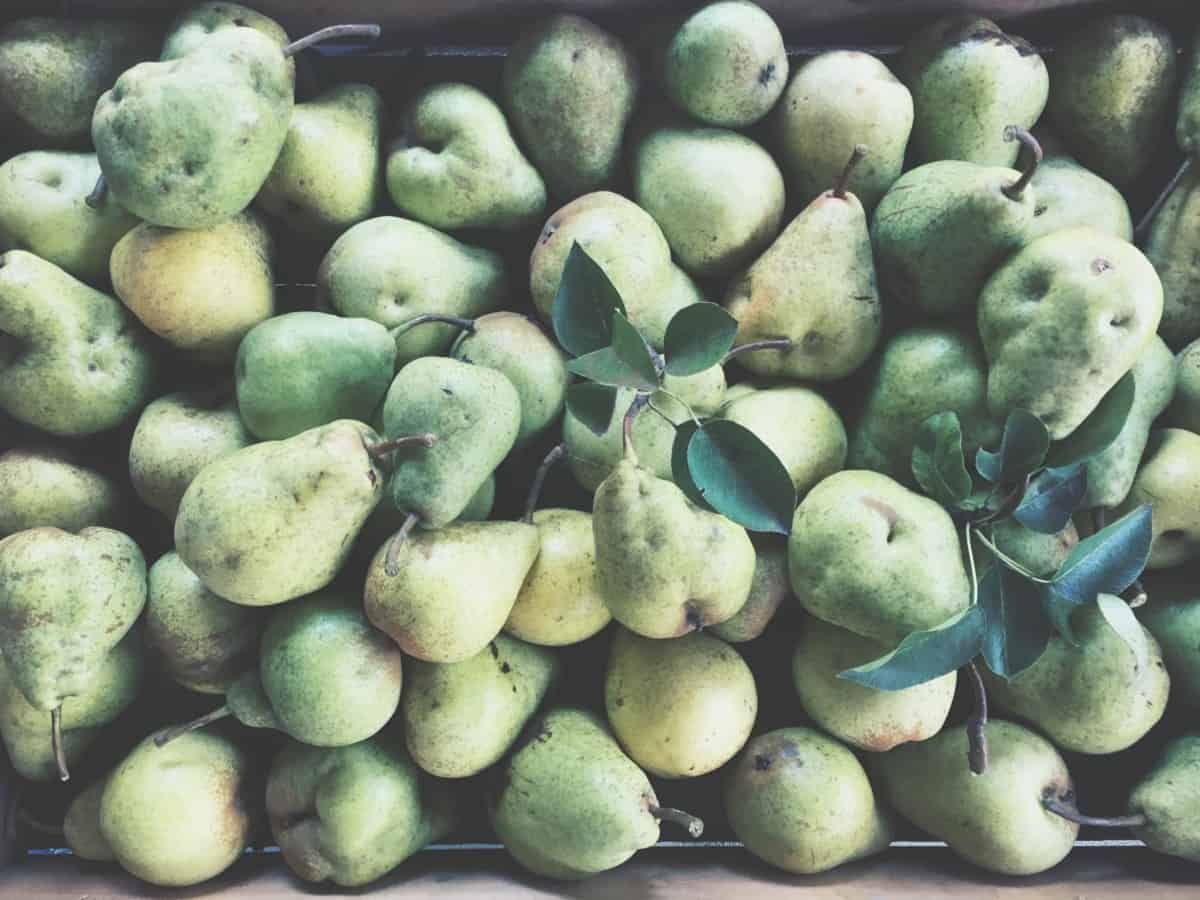 Malic acid… for years, I had no idea what this ingredient was. I’d see it on packages and just wonder. I always assumed it was harmless—and it turns out I was mostly right—but as a health-conscious vegan, I recently decided it was time to take a closer look.

Is malic acid vegan? Malic acid is vegan. It is commonly found in fruits such as apples, pears, and berries, and today it is also synthetically produced. Although animals do produce malic acid in their bodies, the malic acid used for human consumption is not sourced from animals.

Below, I’ll explain exactly what malic acid is made from, the many benefits of it (kind of amazing, actually), and any concerns you should have as a vegan consuming this ingredient!

What Is Malic Acid Made From?

Malic acid is produced many places in nature. The word “malic” comes from “malum,” which is Latin for “apple.” And that’s no coincidence: Green apples contain a lot of malic acid.

Malic acid was first isolated from apple juice back in the 1700s. It’s part of what gives apples a tart taste.

Our own bodies also produce malic acid when we break down food. It’s one of the products of the famous “Citric Acid Cycle” (Krebs Cycle) that you learn in college biology class.

Malic acid is also made synthetically in a lab. That seems to be the more common source nowadays.

From what I could learn, malic acid is synthesized from maleic anhydride, which is made from n-butane. It probably all traces back to petroleum, although I’m not enough of a chemist to say with confidence.

Is There Dairy in Malic Acid?

Malic acid does not contain dairy. Malic acid is produced synthetically in a lab. It is also found plentiful in fruits, such as green apples. The malic acid found in human food is not sourced from animal products.

Why Malic Acid Is Vegan

For food to be vegan, it should not contain animal-derived ingredients or involve animals in its production. Since it’s not sourced from animals, malic acid in food is vegan.

Many different foods today contain malic acid, including the following:

Beyond food, malic acid is sometimes used in toothpaste and mouthwash, skincare products, and supplements.

Malic is often used in skincare, as it has been shown to reduce or reverse signs of skin aging, to help with acne, and more. In fact, those benefits seem so significant, I’ve become interested in trying it myself.

Some athletes take malic acid in a supplement along with creatine, as it is thought to aid in the body’s ability to use creatine and boost performance.

Malic acid is also thought to be helpful for patients suffering from fibromyalgia, as these patients are thought to not produce enough malic acid of their own.

Malic acid is also thought to be beneficial for preventing kidney stones and dry mouth. This article goes into more depth on the different uses.

Is Malic Acid Bad for You?

Malic acid is generally considered safe and healthy. It’s found in many of the healthiest foods, such as fruits and vegetables. That said, some people may experience side effects when taking malic acid supplements.

As an alpha-hydroxy acid, malic acid can be irritating on the skin to some degree. You should avoid getting it into your eyes—or inhaling it, for that matter.

If you’re using a malic acid skincare product, it’s advised to patch test it first: Only apply it to a small area of your skin, and watch for any reactions.

Malic acid gets a green light on the vegan front. It’s naturally found in tons of healthy vegan foods, and even when it’s isolated into a skincare product, it seems to do good things for the body.

Obviously, if taking a malic acid supplement, consult your physician. But in normal doses in the human diet, malic acid is nothing to fear.