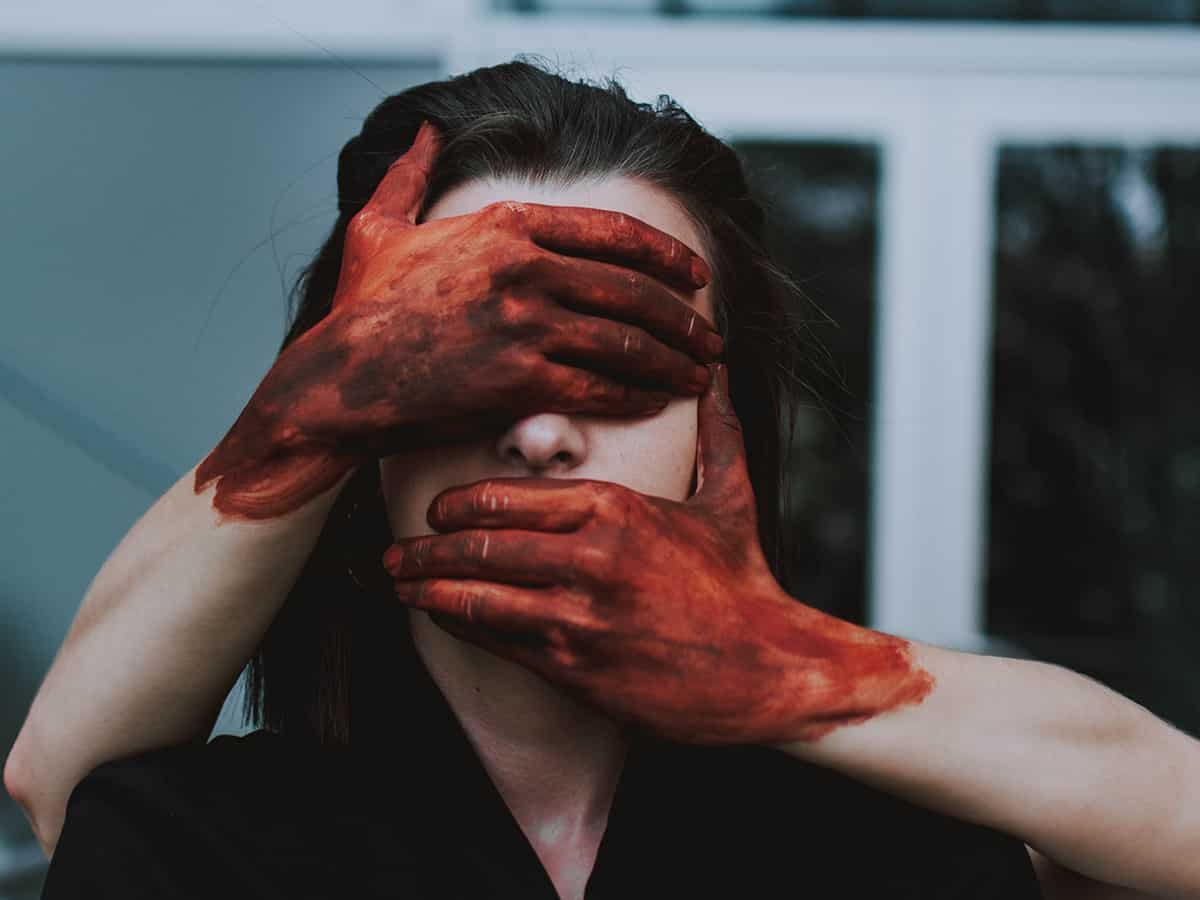 Vegans don’t eat meat—but does that include human meat? What about in a hypothetical situation where someone told you, “Go ahead and eat my leg”… would that be vegan? What if they even said, “Please, I’m begging you to eat my leg”?

Cannibalism is generally not considered vegan because humans are animals, and vegans do not eat animals. However, the possible exception is consensual cannibalism, where someone has given consent to eat their body after they die.

It’s actually amazing how substantive of a debate can arise out of asking whether cannibalism is vegan. As you’ll see below, it can be a fruitful thought experiment for clarifying your views on veganism and ethics.

Note: Although there are places in the world where cannibalism has been a real practice, this post does not focus on those cases. This post is about the philosophical issues of veganism.

Why Cannibalism Is (Generally) Not Vegan

The basic logic of why cannibalism is not vegan goes like this:

It’s a pretty straightforward argument. But there’s actually a lot we can discuss here.

First, in many places in our society—including some vegan circles—humans are often not viewed as “animals.”

Second, if you look at the publicly acknowledged definition of “vegan,” it has varied in subtle ways depending on the source and the time. Even the Vegan Society has changed its official definition of vegan over the years.

So, based on both of these points, there is actually wiggle room in this “argument from definition.” And we can actually use this question as a thought experiment to explore what veganism really means to us.

Let’s start by taking a closer look at the point that humans are animals.

“Humans are animals” is a simple enough statement. But in practice, few people really grasp the implications of humans being animals—including many vegans.

So let’s take a moment to reflect on this.

While our human mind has developed in incredible ways, at the end of the day, we all still mainly care about animal things. We want sex, safety from threats, the safety of our offspring, food, and water.

Most human concerns are really just variants of these basic animal concerns. For example, we want “love.” But what is love but a mechanism that developed biologically to make us more invested in sex, the safety of our offspring, and the safety of having a tribe/community?

Nineteenth-century German philosopher Arthur Schopenhauer had a lot to say about this subject, in case it interests you.

We want all kinds of things as humans, but most of our goals can be traced back to our basic animal drives.

Okay… so what does this have to do with cannibalism?

Well, if vegans think it’s unethical to eat non-human animals, I’m just saying: Most of the same factors apply to humans. We’re more similar to other animals than is usually acknowledged. We’re really not that much of a special case.

The Difference Between Humans and Non-Human Animals

As it pertains to veganism and cannibalism, the only meaningful difference between humans and other animals may be that we can communicate with each other to establish consensual agreements.

And that’s why there is a possibility for “consensual cannibalism” being vegan… but more on that below.

Does “Animal Rights” Include “Human Rights”?

If humans are animals, then animal rights should really include human rights, shouldn’t it? (And this would make it obvious enough that cannibalism isn’t vegan.) But typically, the way we use those terms, we act like they’re unrelated.

Take for example the issue of vegan activists criticizing factory farming. They rightly call attention to the abuses of pigs, cows, and chickens on these farms. But many vegans don’t mention the human exploitation that goes on at factory farms, too.

Workers at factory farms and slaughterhouses are some of the most exploited workers today (source, source). In the U.S., many are undocumented immigrants who are particularly vulnerable.

If vegans are really against exploitation and oppression, shouldn’t we call attention to abuses of human workers on farms, too—not just the cows, pigs, and chickens?

A common definition of “vegan” is a person who does not eat or use animal products. But if you look at definitions given by actual vegan orgs, it’s not always so simple.

If you check the Vegan Society’s current “definition of vegan,” you’ll first see this bold headline at the top of the page (the emphasis is mine):

“Veganism is a way of living which seeks to exclude, as far as is possible and practicable, all forms of exploitation of, and cruelty to, animals for food, clothing or any other purpose.”

Notice this headline does not simply say “vegans don’t eat animals.” It is more qualified than that. Let’s break it down.

Now, the Vegan Society definition does go on to specify that veganism entails a plant-based diet. But you can see how it’s a more complex than just saying “vegans don’t eat animals, period.”

And if you look around at other explanations of veganism, you’ll find similar complexity elsewhere.

Is Veganism Really About Consent?

As I mentioned above, one of the big, ethically meaningful differences between humans and other animals is that humans can establish consensual agreements with each other.

Sure, you can nonverbally communicate with other animals and get a vague sense of what they want… but it’s clearly not “informed consent.”

Contrast that to human relationships of all kinds. We can communicate desires and conditions. We can sign contracts. We can generally end the relationship when we choose to.

Farm animals can never truly consent to being used for their eggs, milk, or meat. Even if they “seem” to be okay with it. They don’t have a full understanding of what it entails or how to leave the relationship.

The reason why all of this matters, ethically, is because, as subjects of our own lives, we all have preferences. And we can assume, based on their behaviors and biology, that farm animals also have preferences. Like preferring not to be killed.

I covered all of this in more depth in my big post on vegan ethics. But the point is: Being vegan is not just about “not eating animals.” It’s a solution to an ethical problem.

So to truly answer if something “is vegan,” you need to go deeper than just “Is it an animal product?” You need to ask whether it violates the ethics that veganism exists to uphold.

Analogy: Breastfeeding Is Vegan Because of Consent… Right?

Is breastfeeding vegan? Human milk is an “animal product,” after all.

But most vegans would say breastmilk is vegan. That’s because the mother freely chooses to give her milk.

Even if you wanted to open up a breastmilk factory and sell human breastmilk… that could arguably be vegan as long as it is not exploitative or cruel to the women whose milk you’re selling.

As long as you have their consent.

Actually, the breastfeeding baby issue is a little confusing because the baby is not making ethical decisions for herself about what she’s consuming. The parents are deciding.

So there’s a weird issue with agency: Can someone (a baby) be vegan without trying to be vegan? Probably, yes… but it’s interesting how it’s actually the parents who are trying and the baby who is being vegan.

Anyway—let’s get back to cannibalism!

I think most ethical vegans would agree with this conclusion. But just for the sake of argument, let’s complicate things a bit further…

When Is Consent Meaningful?

Can human adults give consent to something like being eaten in all situations? Are there situations where our ability to say “no” is compromised to such a degree that even if we “give consent,” it’s not ethically meaningful?

Some Marxists would cite this as a concern with labor relations under capitalism. Karl Marx explained that capitalism necessitates a class of workers who have nothing to sell but their labor. So they have to work.

If workers had better options, they may not work for minimum wage. They may not agree to work dangerous jobs with little autonomy and little pay. So in these cases, can you really say their employment is meaningfully consensual?

People will generally “consent” to the best option they perceive themselves to have. But that doesn’t mean it’s really what they want.

Bringing this back to cannibalism…

You can imagine situations where someone could be pressured into giving “consent” to eat their body. Like if it was culturally expected of them, even though they don’t really want it. If that was the case, it may be sketchy to say it’s vegan.

Is It Vegan to Eat Human Meat That You Find? (Like Human Roadkill)

Considering all the philosophical nuances outlined above, you can also imagine why pretty much any human who is already dead could feasibly be eaten as far as vegan ethics is concerned.

If someone is already dead, they no longer have interests about what happens to their body.

That said, there could be other ethical impacts of eating dead humans you find. Maybe the family gets upset about it. Maybe you mess up the evidence for a criminal case. And so on.

There could be all kinds of ethical consequences to eating a dead body you find. But take note: Many vegans would not object to it simply because it’s the body of a human animal.

As with many issues in ethics, vegans do not agree on cannibalism. This is because the word “vegan” is in wide use by millions of people.

There are many strains in vegan philosophy. And there are also people just eating a “vegan” (plant-based) diet without any real philosophy behind it.

Hopefully, you’ve enjoyed this exploration of where some of these viewpoints may diverge! Again, for more on vegan ethics, check out my mega-post on it!