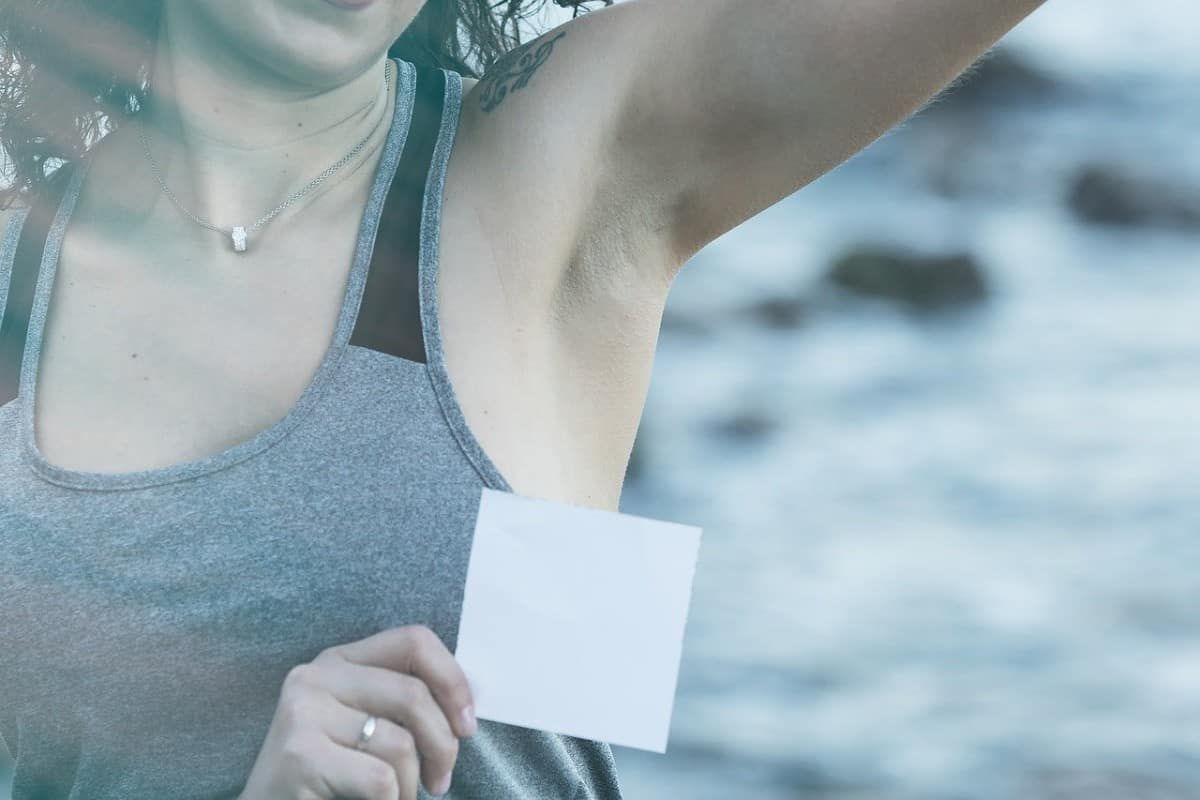 Do you know why armpit sweat is smelly? And do you know how a vegan diet changes that smell? These are interesting questions that most people would have no clue about. But luckily for you, I’ve actually studied these things at some length!

Research suggests vegetarians have more attractive and pleasant body odor compared to meat-eaters. However, specific vegan foods like broccoli, cauliflower, cabbage, and garlic can cause body odor, too. Sulfur compounds are the biggest reason, but many biochemical components in food can affect your sweat.

In just a moment, I’ll share the wacky research that had 30 women essentially smell the armpits of 17 men to see how meat affects body odor. I’ll also share a full list of vegan foods that make your body odor worse! And I’ll answer some questions about bad breath and smelly farts, too.

A famous 2006 study in Chemical Senses has suggested that vegetarians smell better than meat-eaters.

And let me tell you—the study design was quite funny and interesting.

Here’s what they did: They had a group of 17 men that they split into “meat” or “nonmeat” diets for 2 weeks. On the last day, they had all the men wear pads in their armpits to collect their body odor. Then, they had 30 women smell those pads.

Pretty wacky, right? The women judged the odor based on “masculinity,” “pleasantness,” “attractiveness,” and “intensity.”

Then, just to make sure the results weren’t a fluke, they did another two week trial. The men all ate the opposite diet as before. Then they repeated the whole process with the armpit pads and the smelling.

These results fly in the face of the common perception that eating meat is masculine. In this case, eating meat led these men to smell less masculine (and less attractive, too).

That said, this is just one study with a pretty small sample size. There is some conflicting anecdotal evidence you can find out there.

For example, this man wrote into an advice column complaining about his smelly vegan wife. The man seems to have a strangely sensitive sense of smell, though. So who knows what was going on there.

There are a couple different explanations for why eating red meat affects body odor.

First, meat contains sulfur compounds—and sulfur has a “rotten egg” smell. As I’ve written elsewhere, this is why eating meat can potentially increase symptoms of bad breath and smelly farts.

And smellier body odor may just be another manifestation of the same thing. However, it’s also believed that fatty acids from meat may find their way into your sweat, too (source). So that could play a role, as well.

Meanwhile, there is another explanation for why some people get “fishy” body odor from seafood. These people, who have a condition called trimethylaminuria, can’t break down the trimethylamines in fish. And it comes out in their sweat within hours! (source)

Unfortunately for us vegans, it’s not as simple as saying that all vegans smell better than all meat-eaters. It depends on the specifics of what you eat.

Here are five vegan foods that can potentially still make you smelly:

Let’s look at how body odor might change on a couple of specific types of vegan diets. First, we’ll look at raw vegan, then at vegan keto.

“some foods tends to improve body odor; like citrus, coconut, and pineapple.”

Raw vegan YouTuber Andrew Perlot has claimed that his body odor has completely disappeared since being raw vegan. He said this only happened after he removed nuts from his diet, along with garlic and onions.

It should be noted, however, that the high amount of fiber and fructose in a raw food diet can cause gas for some people.

Fruit sugar (fructose) is a “FODMAP” and, as such, it can potentially lead to more fermentation (and gas) in your intestines.

Basically, a raw vegan diet seems to work wonders for some peoples’ bodies—but not for everyone.

As I noted in my “Keto vs Vegan” blog post, it’s not particularly common for people to eat a strictly “vegan keto” diet for the long-term. It’s pretty restrictive to combine vegan and keto together. But it can be done.

That said, if you do go vegan keto, there’s a potential pitfall with body odor to look out for. It’s been noted by various publications: Eating a ketogenic diet can result in worse body odor. (source)

This has to do with the burning of ketones as fuel, which can smell kind of fruity, or like nail polish remover. This can result in a change in your armpit odor, along with other issues like “keto breath” or even “keto crotch.”

However, some in the keto community say these claims of “keto body odor” are not based in actual science. They say the claims are anecdotal and overblown.

A common issue for new vegans is to struggle with gas and farting. This is typically due to a sudden, often dramatic increase in dietary fiber.

This can especially be an issue with specific high-fiber foods like beans. But the perception of vegan farts as “smellier” is not likely to have much foundation in truth across the board.

The smelliness of farts has to do partially with the amount of sulfur compounds you eat. So consumption of onions, garlic, and cruciferous veggies could affect it. But it also has to do with your gut bacteria, which is an area where vegans tend to shine. (source)

If you’re struggling with smelly vegan farts: Try following some of the tips in my big post, “17 Tips to Stop Farting So Much on a Vegan Diet.” I include some easy tips in that post for integrating beans into your diet without the big increase in gas.

I also include a bit more explanation of the science behind what causes smelly farts in that post!

Do Vegans Have Bad Breath?

Evidence suggests that vegans actually have less bad breath than meat eaters on average. The toothpaste company Colgate has a blog post on their website explaining some of the science around this.

As with smelly sweat and farts, bad breath can be caused by eating sulfur-containing foods. Again, these include meat and cheese, but also garlic, onions, and cruciferous veggies.

Vegans with bad breath are likely having problems with specific foods, not cleaning their mouth enough, or having a dry mouth.

Check out my full post “Do Vegans Have Bad Breath?” for more on this subject. I give some easy tips for how to remedy bad breath as a vegan (or really for anyone).