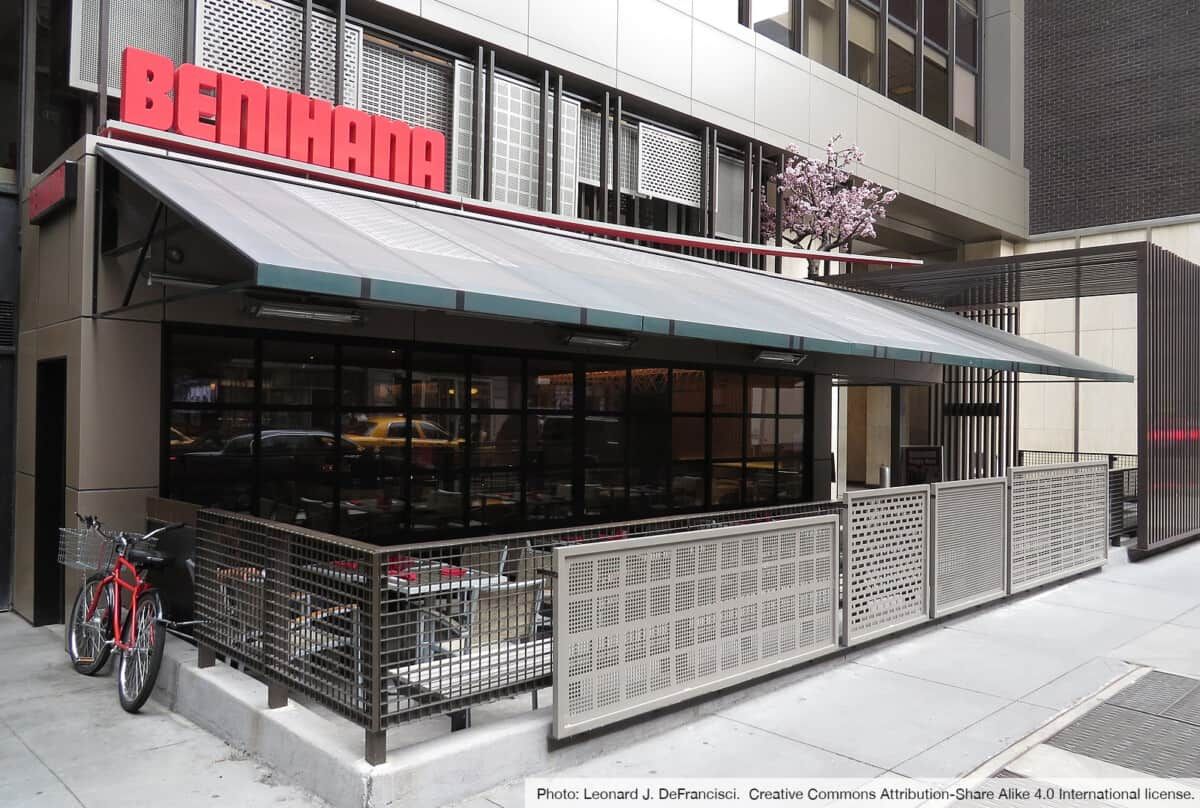 Hibachi is a fun dining experience—and Benihana is one of the leaders when it comes to hibachi chains in the United States. But what can you get as a vegan at Benihana?

There are also several other menu items which may be vegan, too, but I was unable to confirm them. Benihana is not very transparent about its ingredients through the Internet.

But as a vegan with 13 years of dining experience, I’ll let you know which other items may be vegan on the menu, too, and what I recommend asking the servers about!

It’s pretty hard to identify what’s vegan at Benihana using resources online. Benihana did not respond to my email, and they don’t have ingredients lists or full allergen guidelines on their website.

I did my best to compile a vegan menu for Benihana, but I could be missing a few items, or I could have something wrong. If you’re concerned about this, I highly recommend asking your server if the items in question are vegan.

First, I’ll list the obvious vegan options. Then I’ll list some of the ones I’m not sure about.

Edamame is just soybeans, still in the pod, salted. This is one of my go-to sides whenever I visit sushi restaurants and the like.

Typically, you don’t eat the pods. You squish the soybeans out and into your mouth. They’re a fun side, and totally nutritious as well—a whole food!

Benihana also has a Spicy Edamame option, which I would expect to be vegan, too.

You can get a side of steamed white rice or brown rice at Benihana. These are clearly vegan.

They’ve also got fried rice that they should be able to make vegan, but you’ll need to ask for it to be made without egg.

You should be able to just have them put together a simple meal of rice and veggies for you, with one of their vegan sauces.

Benihana has a few different salads. These are vegan from what I can tell. But again, ask to make sure they’re not including any cheese or other animal products:

This is just a side of vegetables, cooked in the hibachi style. These should be able to be vegan if you ask for that.

For the uninitiated, California rolls are a kind of sushi, with the rice on the outside. Some California rolls—ones without fish—are vegan. It’s often just a vegetable in the middle, then sushi and white rice wrapped around it.

Here are the two vegan California rolls I see on the Benihana menu:

Benihana has a ton of beverage options, many of which are vegan. These include:

With these last three, I would just check to make sure they haven’t added milk:

Benihana actually has a tofu steak! That’s more than you can say for a lot of chain restaurants that don’t have anything for tofu or fake meat. But is it fully vegan?

Again, I couldn’t find a reliable source on whether the spicy tofu steak is fully vegan. I would ask your servers about the sauce and the onion soup that comes with it. Don’t assume they’re vegan.

You also need to decline the shrimp appetizer that comes with this dish. But the tofu itself is vegan. So we know that much.

Vegetable tempura can be made vegan—but it could contain egg or milk in some quantity, so I feel unconfident to deem it vegan without a reliable source. Ask your server if it contains milk or egg—they should be able to let you know.

Miso soup is sometimes vegan, sometimes not. I found one report online that the miso soup at Benihana contains some fish sauce, but like I said, I’ve been unable to confirm this with a reputable source.

I’ve definitely had vegan yakisoba dishes before—but I’m unsure if Benihana’s yakisoba noodles contain egg or not. If they are vegan, then you could get them with vegetables. If not, the same kind of meal with rice should work.

Deep-fried banana? Sounds like it could be pretty good dessert, even though I’ve never seen it before. Again, be sure to check if the tempura batter may contain egg or dairy. Hopefully I’ll be able to check on this myself soon, but so far, Benihana has not replied to my messages.

If you’re not only eating vegan but whole-food plant-based, what’s on the menu at Benihana for you then?

The California rolls are almost WFPB, but they use white rice rather than brown. So depending how strict you’re following WFPB, you might go for those, too.