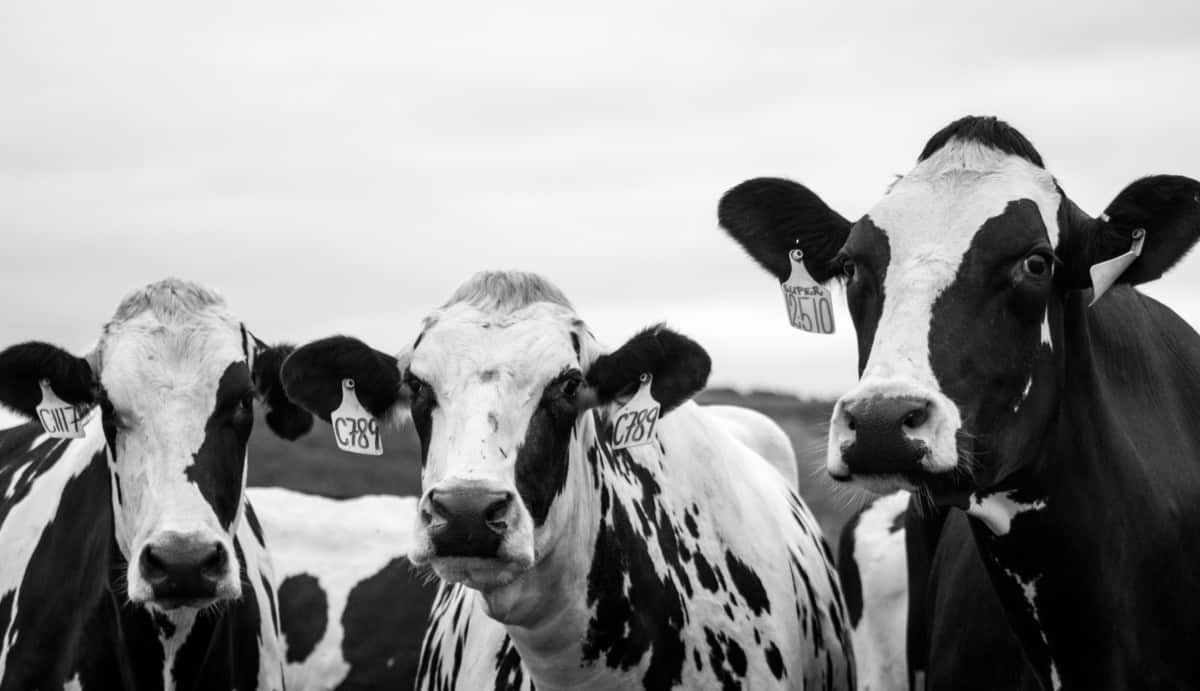 You’ve probably heard an argument go something like this… A vegan or animal rights activist says “Milk is cruel.” Then someone responds, “Cows need to be milked, or they could die.” They say, “Cows like being milked.” But is it true? What happens if a cow isn’t milked?

If you don’t milk a lactating cow, milk will build up in her udders. This can lead to discomfort, bruising, and udder injury, potentially including mastitis or udder rupture and infection. However, if the cow’s calf is allowed to nurse, then milking is not typically required.

And there’s a lot more to this discussion… Have you thought about why cows on dairy farms need to be milked every 8 to 12 hours in the first place? Let’s take a closer look at milk production and the life of a dairy cow.

How Often Do Cows Need to Be Milked?

Most cows are milked one to three times per day. But the real answer to this question depends a lot on the cow and the situation in question.

If you think about a cow “in nature,” they only produce milk for their calves. The calf nurses daily—multiple times per day, really—and there is no other “milking” needed. But still, you could call that being “milked” daily (when the calf nurses).

In a situation where a family or homestead has one or two cows, the situation may actually be similar to this. Maybe the cow still has her calf nursing. In that case, the cow doesn’t typically need to be milked at all. The calf will take care of it.

Still, in a homestead situation, the cow is often milked, too. So in that case, the cow may be milked each morning—or each morning and evening—but she also might have a calf nursing throughout the day.

However, when it comes to commercial dairy, the calf is usually removed from the picture. The calf is typically taken away from the mother immediately after birth, or within a few minutes, hours, or days.

This is one of the sad parts of the process—the mother and calf both often mourn visibly and audibly, missing each other.

And in this case, it becomes much more essential for the cow to be milked daily by farmers. Because the calf is no longer there to nurse. Typically on a dairy farm, the cows will be milked twice or three times per day.

Risks of Not Milking a Cow

So what happens if a cow on a dairy farm doesn’t get milked? Well, assuming her calf was taken away and cannot nurse, then the milk is going to build up in her udders.

This can lead to engorgement, swelling, and pain. And that can potentially lead to mastitis—inflammation of the mammary gland. This is a common condition on commercial dairy farms for a variety of reasons, including sanitation issues.

Do Cows Udders Explode If Not Milked?

If the pressure is not relieved by expressing the milk, then it’s possible for over-filled udders to burst. Yes, burst. So in this sense, yes, it is technically true that a cow can “explode” if not milked.

And in the case that her udders do rupture, there is obviously a massively increased risk of infections and other, serious problems. Which leads to another question…

If You Don’t Milk A Cow, Will It Die?

It is possible for a cow to die as an effect of not being milked for long enough. This is certainly not common, but mastitis or infections from an unmilked cow can potentially lead to death.

However—remember that this is only because of the situation dairy farmers created. They impregnate the cow, then take away her calf. That’s the only reason she needs to be milked by farmers. In nature, her calf’s nursing would take care of it.

So, within the unnatural context of a dairy farm, yes—not milking a cow can lead to her “explosion” and death. But this is not a natural situation. It’s not like cows had this problem of needing to be milked before humans came along to help.

How Do Wild Cows Milk Themselves?

Wild cows simply nurse their calves, and that’s it. They don’t need to find any other way to “milk themselves.”

Keep in mind that cows in the wild were not bred to produce as much milk as the cows that exist now on dairy farms. They are not fed any hormones to increase their milk production. And most importantly, they only produce milk when they have a calf there to nurse.

Cows typically seem to enjoy the process of being milked, as it relieves built-up pressure in their udders. However, certain situations like poor milking technique, sore teats, and other issues can cause cows not to like being milked.

There’s also the broader context of life on the farm to consider, however, when answering this question…

Is Getting Milk From Cows Cruel?

The act of milking itself does not typically seem “cruel.” It seems to give a feeling of relief to the cows with full udders. But when animal rights activists say dairy is cruel, that’s not what they’re referring to.

The “cruelty” in dairy farming typically comes from aspects outside of the milking process itself. Consider the following aspects of modern dairy farming:

As you can see, there are many animal welfare concerns when it comes to commercial dairy farming today. If you want more information on these topics, read my blog post “6 Reasons Why Vegans Don’t Drink Milk or Eat Dairy.”

Hopefully, some of these practices may be reformed as more undercover videos expose the cruel conditions. Until then, more and more people are choosing to just choose plant-based milks, such as soy milk, almond milk, oat milk, and the like.