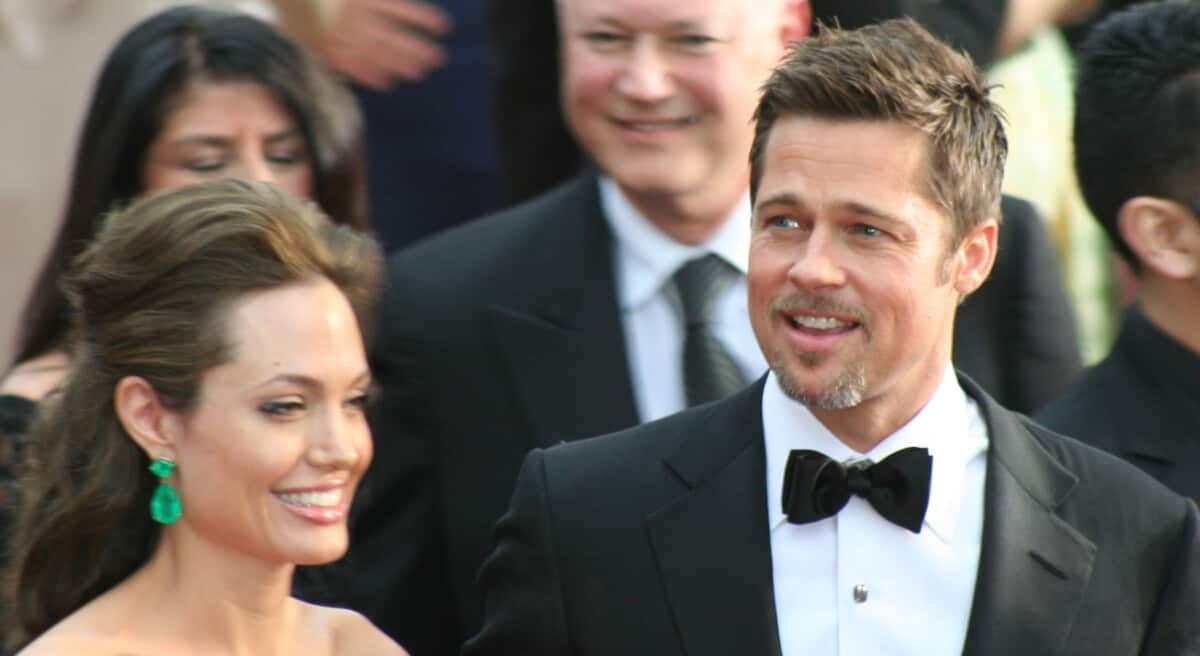 Brad Pitt is one of my favorite actors. He’s played so many iconic characters. From 1999’s Fight Club to 2019’s Once Upon a Time in Hollywood, I’ve been a fan for a while. And it’s not just his acting. He supports animal rights, too. But is Brad Pitt actually vegan?

Brad Pitt is rumored to be vegan, but reports are conflicting. Some sources say yes, others say no. From all the evidence available, it is clear that Brad Pitt supports animal rights and the movement toward a plant-based diet. But the precise details of his own diet—whether vegetarian, vegan, or neither—are unconfirmed.

In this post, I’ll lay out 6 different things Brad Pitt has said or done over the years to support vegetarianism, veganism, and animal rights. Some of them were pretty surprising—not stuff you read in the tabloids every day!

The following instances span the last 15+ years. Brad has been a supporter of animal rights and plant-based eating for a long time!

But let’s dive in with some of the more recent news.

1. Brad Pitt’s Support for the Vegan Food at the 2020 Golden Globes.

The 77th Golden Globes were the first major Hollywood awards ceremony that featured a fully vegan, plant-based menu! And it’s quite possible that it started a trend. Several other awards ceremonies have quickly followed suit.

Brad Pitt was one of the celebrities who unabashedly supported the vegan menu. Here’s what he had to say:

“I’m all for it. It makes sense because everyone can eat vegan, but not everyone can eat a steak… By the way, when they do steak, it’s never that good. And what they like to do a lot is fish, which I never understood because then everyone is walking around with fish breath. So I’m all for the vegan thing.”

Of course, this is great advocacy for eating plant-based—and for events catering to vegan options. Brad Pitt even took the opportunity to criticize “fish breath.” Watch in the video below:

While I love Brad’s quote here, it doesn’t necessarily strike me as something that a true vegan would say. Notice that he said, “When they do steak, it’s never that good.”

This sounds like Brad Pitt usually does eat the steak when it’s served. And that suggests, of course, he may not even be a strict vegetarian, much less a vegan.

Of course, Brad could be speaking from past experience before he was vegetarian. (He’s been a star for a long time.) Or he could be relaying what he’s heard from others who eat the steak. But the simplest explanation is that he eats it himself.

So I come away from this exchange thinking: Brad Pitt supports moving toward a plant-based menu… But I’m not seeing evidence that he’s taking a 100% stand against eating meat when it’s served to him.

That said, let’s look at some other moments of Brad Pitt’s animal advocacy and support for vegetarianism!

2. Brad Pitt’s Desire for His Kids to Be Vegetarian (According to Sources).

If you go searching about Brad Pitt’s support for vegetarianism and veganism, you’ll find stories of conflict between him and Angelina Jolie on the matter.

Sources say that Brad and Angelina have disagreed about feeding their kids a vegetarian or vegan diet. An insider apparently said, about Brad, that “he’s annoyed how much red meat Angelia has.” (source)

The source also said that Brad “goes on about the damage caused by methane gases from cattle and that the family should go veggie.”

This was back in 2009. And The Daily Mail article reporting on this story was already referring to Brad Pitt as being “a vegetarian for decades” at that time.

3. Brad Pitt’s Open Letter to Costco in Opposition to Battery Cages for Hens.

In 2015, Brad Pitt wrote an open letter to the CEO of Costco, Craig Jelinek, urging him to remove eggs produced by battery cage hens from his stores.

Here are some quotes from Brad’s letter:

“As you know, these birds producing eggs for your shelves are crammed five or more into cages that are not large enough for even one hen to spread her wings… In these cruel cages, the animals’ muscles and bones atrophy from years of immobilization. That’s why the cages are illegal in most of Europe, and why California banned the cages by an overwhelming vote years ago... Many major corporations, from Burger King to Unilever, are getting rid of cages—and Whole Foods hasn’t sold eggs from caged hens in years… Please, will you set a reasonable timeframe to stop selling eggs from caged hens?” (source, source)

And Brad Pitt was not the only celebrity to call on Costco to change its policies around battery cage eggs. Ryan Gosling and Bill Maher had also written open letters to Costco before him.

(By the way, Costco did eventually cave in to the pressure. In 2016, they committed to a cage-free egg supply!)

Here’s another example of Brad’s support for animal welfare legislation. Leading up to the 2018 midterm elections, he made the following video with Leonardo DiCaprio.

In the video, Brad and Leo’s main message is “Go vote!” But the progressive slant of the video is clear—and these are issues that Leo and Brad have both been advocating for years.

The video includes a positive mention of California’s Prop 12, also known as the Prevention of Cruelty to Farm Animals Act.

The video describes it as “the most far-reaching animal protection law ever,” saying it “would crack down on cruelty to animals in factory farms.”

If you look into California’s Prop 12, it really proposed two major changes:

In the past, Brad Pitt has also appeared publicly to support other ballot measures like 2006’s California Prop 87. The ultimately unsuccessful Prop 87 was aimed at taxing oil production in California and hopefully moving us toward more clean energy.

The wildlife sanctuary supports the health and recovery of baboons, lions, meerkats, cheetahs, monkeys, and more.

More recently in 2017, the Naankuse Foundation was also able to launch the Shiloh Wildlife Sanctuary. It’s named after Brad and Angelina’s child Shiloh, who was born in Namibia.

The Shiloh Wildlife Sanctuary specifically helps rhinos and elephants recover from being injured or orphaned due to poaching.

The Jolie-Pitt Foundation was founded in 2006 specifically to help support projects like Naankuse’s. So their support for this sanctuary goes way back. The Jolie-Pitt foundation also supports many other humanitarian efforts.

6. The Rescued Chinchilla PETA Named After Brad Pitt in Honor of His Animal Rescue Work and Fur-Free Wardrobe.

Back in 2014, when PETA closed down one of the biggest chinchilla ranches in the state of California, they named one of the rescued fur-balls after Brad Pitt. (And another was named after Angelina Jolie.)

It was said to be a wedding present for Brad and Angelina, who finally got married that August.

In PETA’s press release on the subject, they explain that the gesture was done out of support for Brad and Angelina’s work with animal rescue—see #5 above—as well as their fur-free wardrobes!

So, Is Brad Pitt a Vegan or Vegetarian?

Some sources claim that Brad Pitt has been “vegetarian for decades.” Others even refer to him as one of the original “symbols of veganism.” But when you try to find actual statements he has made on the matter, it’s harder to find anything substantive.

Brad Pitt doesn’t broadcast the minute details of his personal diet like some of the younger Instagram celebrities might. So we’re left to speculate if he’s actually 100% vegan or just sympathetic to vegan ideas.

If I had to guess based on everything I’ve seen, I’d say Brad Pitt is probably not fully vegan, but he cares about animal welfare and supports the movement toward plant-based living. Evidence suggests that he prefers to eat vegetarian, at the least, and does so most of the time.