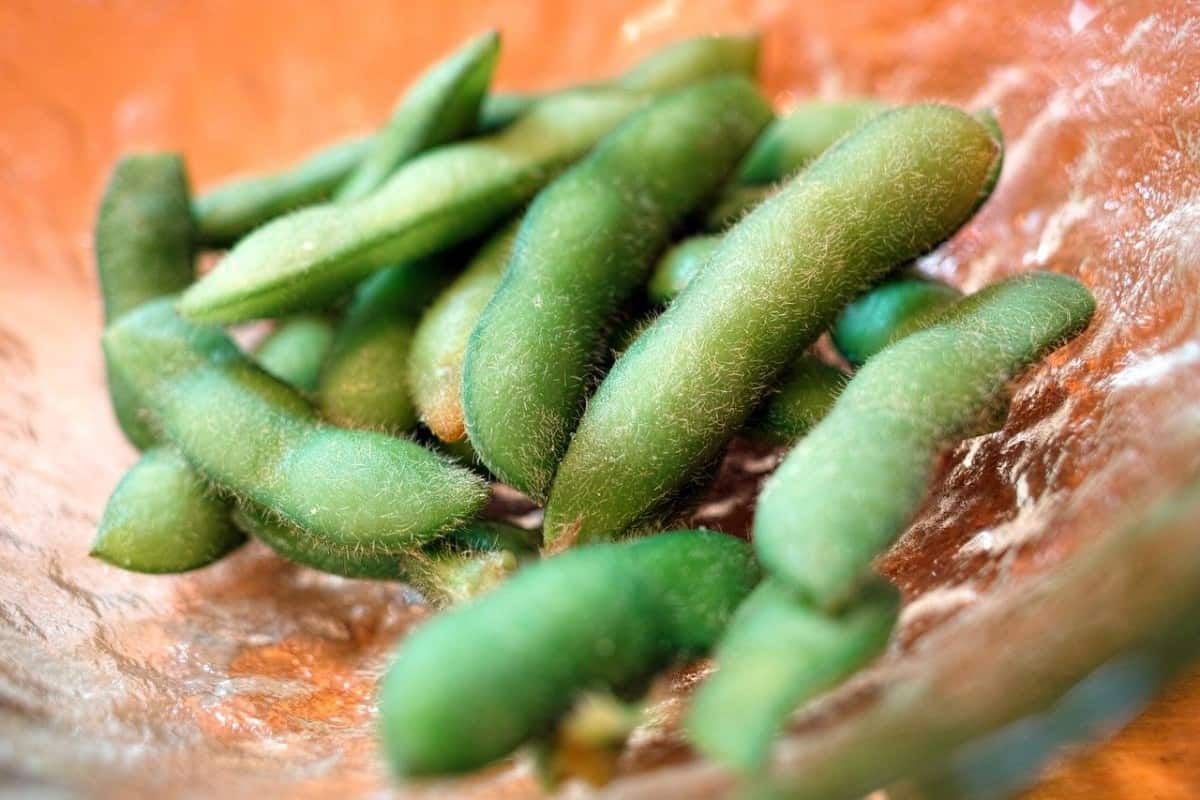 I love edamame, and I get it all the time at Japanese restaurants. But my friends and family often have questions for me: “How do you eat them?” “Is the pod edible?” “If you’re not supposed to eat the pod, then why are they salted?”

Edamame pods are not poisonous, but they are very tough. If you can chew them up enough to swallow, they will most likely pass through your system just fine. However, it won’t be that appetizing, and it’s theoretically possible for it to cause a blockage in your digestive tract.

In fact, I found a pretty disturbing piece of scientific research while I was researching this topic. So keep reading for more on the potential risks and downsides of eating edamame shells!

Can You Eat the Pod of Edamame?

You can eat the pod of edamame, but it’s not recommended. Most people don’t like it, as it is very tough and takes a long time to chew.

You can easily find stories of children and adults eating edamame pods because they didn’t know better, and I have yet to see any actual reported problems from it. Most people just complain that the shells take forever to chew up very well.

That said, let’s discuss a potential medical problem that can arise from eating too much indigestible plant material like shells.

Can Edamame Pods Cause a Blockage in Your Digestive Tract?

There is a medical term for a solid mass of indigestible material that accumulates in your digestive tract and plug things up: Bezoar. And there is a sub-type of bezoars—phytobezoars—that are formed from plant fibers.

Bezoars can lead to various forms of abdominal pain, feelings of fullness, and if they’re large enough, they can lead to GI obstructions and potential constipation. (source)

So, is it possible for swallowed edamame pods to lead to a phytobezoar? It doesn’t seem particularly likely, but stranger things have happened.

The classic example of phytobezoars actually comes from persimmons. A chemical reaction with persimmon skins in the stomach of some people can lead an indigestible mass of cellulose, hemicellulose, and proteins to form. (source)

However, as the following crazy study will illustrate, other plant skins and shells can also lead to phytobezoars…

A 2018 case study in The Pan African Medical Journal documented a man who had to have a mass of sunflower seed shells removed from his rectum. The man had no prior risk factors for phytobezoars. He just ate too many unshelled sunflower seeds.

They actually show a picture of the procedure in the article. Yeah… I wasn’t expecting to see a man’s “rear end” clamped open to remove sunflower seeds today, but I surely did see that.

Also, sunflower seed shells are quite a bit harder than edamame shells, so they may pose a higher inherent risk. That said, I still wouldn’t push it.

If you want to try eating a bite of edamame shell, you should be fine. But I wouldn’t make them a big part of your diet. The fiber is just tougher than what we were made to digest.

What Is the Proper Way to Eat Edamame?

The proper, standard way to eat edamame is to steam or boil them, salt the outside of the pods, and then squeeze the beans out of the pod into your mouth.

The pods are typically discarded.

Edamame does not need to be cooked for a long time like other beans. Since they are not fully mature, just brief cooking for about 5 minutes is enough to make them safe, nutritious, and delicious. (source)

Do You Peel Edamame?

“Peel” is a strange word to describe how to eat edamame, but yes, the goal is to eat the inside beans and not the outer pod.

Usually you can just squeeze the beans out the “ends” of the moist cooked pod into your mouth, without needing to properly “open” the pod down the middle.

What to Do With Edamame Shells

Most people just throw edamame shells in the trash. If you have a way to compost your organic waste, you can compost your edamame pods. Another option is to grind them up with a garbage disposal and wash them down the drain.