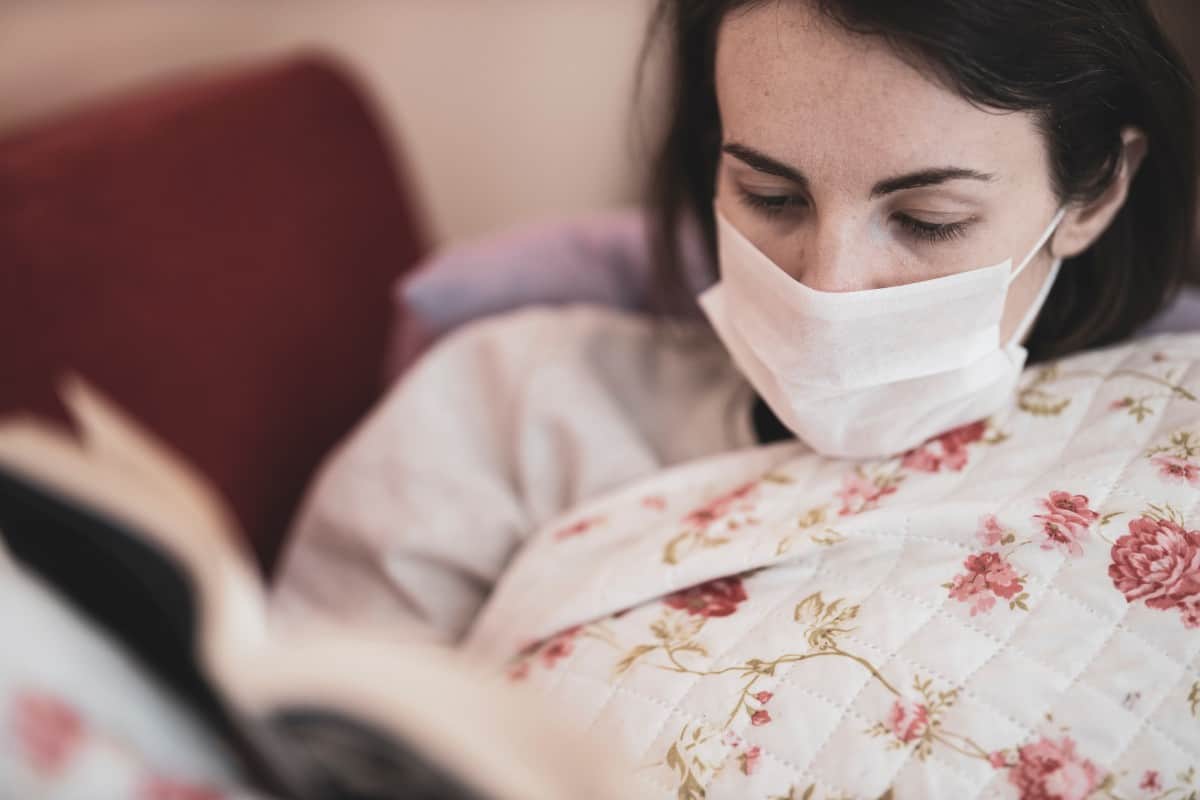 There’s an old saying: “Feed a cold, starve a fever.” The idea is that eating can help warm you up during a cold, and fasting can cool your body from a fever. Unfortunately, it’s a misguided saying—you should eat during colds and fevers! But oh well—that leads us to our topic today.

Below, I’ll explore the question of how many calories are burned from a fever—with example numbers, and a list of factors that affect whether the number is larger or smaller. I’ll also dive into related questions like whether you should eat more when you’re sick!

8 Vegan Nutrition Mistakes That Are Undermining Your Progress

Do You Burn More Calories With a Fever?

A fever is a strategy your body uses to improve its immune response, and extra calories must be burned to raise the body’s temperature.

This raises your body’s basal metabolic rate (BMR). So yes, you burn more calories when you have a fever.

There may also be other reasons why you burn through more calories and lose weight with a fever, You may feel like eating less, and you may become dehydrated.

Also, other processes in your body will be heightened with the immune response, possibly burning a few more extra calories that way.

But this leads to another, more specific question…

How Many Extra Calories Do You Burn With a Fever?

It’s hard to find solid numbers on exactly how many calories a fever burns.

But an article from LiveStrong cited the following figure: For each half degree celsius (or 0.9 °F) of fever, your basal metabolic rate (BMR) goes up by about seven percent.

Let’s map out an example to make those numbers easier to picture:

Twenty-one percent of 1,640 calories = 344 extra calories burnt per day because of this fever!

Please note: I would take the above numbers with a grain of salt. I wasn’t able to find primary scientific research reporting the numbers that LiveStrong cited, so it’s possible they are inaccurate, based on a small sample size, or have other issues.

Factors Affecting How Many Calories a Fever Burns

Here are some ways that the number of calories burned would vary depending on your body and your fever:

Do You Burn More Calories With a Cold?

What about if you’ve just got a cold, but no fever? Do you still burn more calories? Well, there’s not a lot of great data on this.

The main reason for burning extra calories during a fever is all the work your body is doing to raise its temperature—and you don’t have that during a common cold. That said, there may be other factors that still affect your calorie balance during a cold.

For one, there’s the fact that your appetite is often affected by a cold. If you’re just eating when you’re hungry and you feel like it, you may end up eating far fewer calories while you’re sick. This often leads to temporary weight loss during colds.

There also may be a bit of calories used up during a cold to fight the infection. Not as much as in a fever, since the body temperature is not being systemically raised—but there’s still some extra work to be done (proliferation of white blood cells, for example), and those extra tasks will use some amount of calories.

Do You Lose Weight When You Are Sick?

Most of the weight you lose will be water weight that will return later (source). But it’s possible that you will lose actual body fat or muscle if you’re eating much less than usual and/or you’re running a high fever.

Most people will tend to eat a bit less when they’re sick. This can lead to less food in your body and more depleted glycogen stores (the stored carbs in your muscles), both leading your weight to go down.

Being sick also can result in dehydration in general if you’re not careful about consuming lots of fluids and replenishing your electrolytes. So this can further cause a loss of water weight.

Finally, you can actually burn fat or muscle if you run a big enough caloric deficit for long enough. You should not lose significant amounts of muscle or fat during a short illness if you’re eating plenty of food, however.

But keep in mind what we covered above about increased caloric needs during a fever, especially. If you want to avoid loss of fat or muscle during a fever, you need to eat a little extra to cover the extra work your body is doing to run the fever.

Should You Eat More When You Have a Cold?

So, what should you do about your calorie intake when sick? Most credible sources recommend eating a little extra.

Some studies actually show that reducing calorie intake during illness can worsen symptoms and duration of the sickness, while increasing susceptibility to conditions like the flu. (source)

If you don’t really feel like eating or putting much effort into food preparation, here are some quick and easy options for snacking while sick:

This blog is reader supported. If you click a link on this page and buy something, I may receive an affiliate commission at no extra cost to you. Learn more.

The content on IAmGoingVegan.com is intended only for informational and educational purposes. It is not intended to provide medical advice or to replace your doctor or health practitioner in any way. No content on this website is intended to diagnose, cure, treat, or prevent any disease, health condition, or illness. The publisher of this content does not take responsibility for possible health consequences of any persons applying the information in this educational content. Always consult your healthcare provider before making changes to your diet, adopting new practices for therapeutic reasons, or taking supplements.

Get my FREE cheat sheet with 8 vegan nutrition mistakes you need to avoid—plus more plant-based guidance.

100% Privacy Guarantee. Your email address is safe with me